Fashion always looks to the future. The design process is always ahead of itself, making clothes for seasons to come, for an imagined tomorrow that might just be that little bit better than today.

William Klein’s 1966 film Who Are You, Polly Maggoo? is an affectionate send-up of the French fashion scene of the day. In the film’s opening scene, the great and the good of the Paris fashion world come together inside a Gaudí-esque modernist grotto for a runway show that features models wearing aluminium clothes which have to be welded on. At the end, Grayson Hall’s Miss Maxwell – a kind of Anna Wintour avant la lettre – leads the gushing backstage. “You have recreated woman,” she says. The diffident designer shrugs. “We had to reimagine her for the nuclear age.”

It’s all a joke, of course, but, as with all satire, it hints at an underlying truth. Klein was part of a generation of French-based fashion seers whose monochromatic futurist aesthetic wasn’t about recycling old tropes or revisiting the archive. Rather, it was about relentlessly reimagining the possibilities of form, ripping everything up and starting again, charting new territory. Klein’s contemporaries included Pierre Cardin, who managed simultaneously to be a populariser – democratising style with his iconoclastic ready-to-wear line – and an avant-gardist whose sculptural designs, space-age materials and innovative silhouettes propelled fashion into the future. Paco Rabanne was another key figure. He used everything from Plexiglass to fibre optics in his work, and created the definitive look of the age: Jane Fonda’s spectacular green metal dress in Barbarella.

Both Rabanne and Klein lived the kind of heroic lives that you read about in novels. Klein was born into an impoverished Jewish family in New York, served in France during the war and studied under Fernand Léger at the Sorbonne. Rabanne’s father was a Republican colonel, shot by the Francoists during the Spanish Civil War. His mother was a seamstress at Balenciaga. Twentieth-century history wasn’t simply a backdrop: its relentless forward propulsion was stitched into the fabric of their lives. For them, the only way to look was forward, out, up to the stars. The only question worth asking: what next?

The only question worth asking: What next? 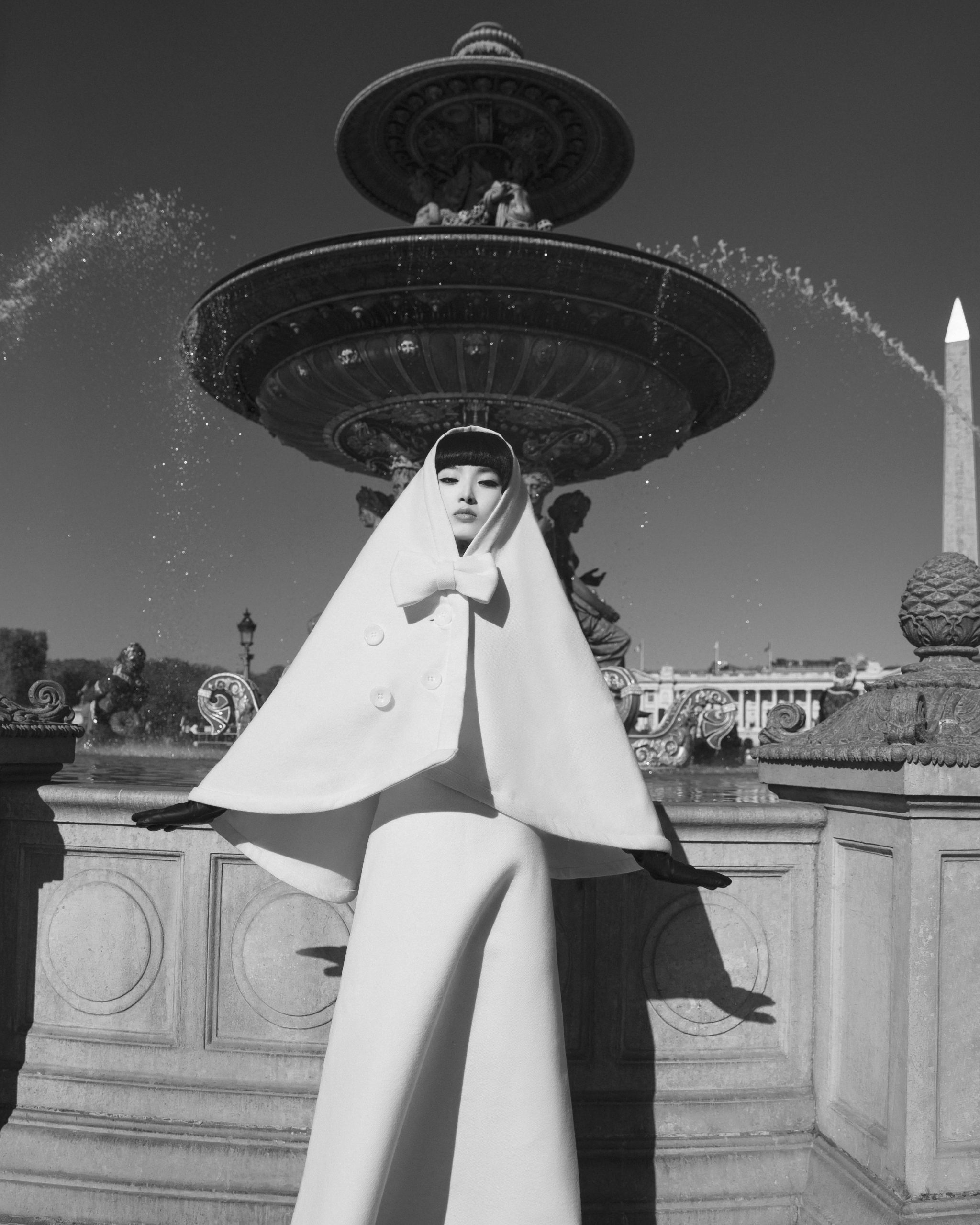 All of us have within us our sister self. The unrealised other that we could have been. Dream of being. Might yet one day become.

Featured in Issue No. 4 Step
ALL GREAT VISIONARIES – Eugenia Errázuriz, Pierre Cardin, Lee Miller – know that the first step is the hardest but that, once taken, the momentum is with you and anything is possible: steps forward, steps back or, most exciting of all, a delirious dance into the unknown.
Go to top